I found this piece of paper while clearing out my parents’ home. I had written it more than thirty years ago. I had no money, we barely had enough to eat and no proper clothes and I lived in one bedroom with my parents and sisters in India.  This was an excerpt from Thornton Wilder’s, The Bridge of San Luis Rey. 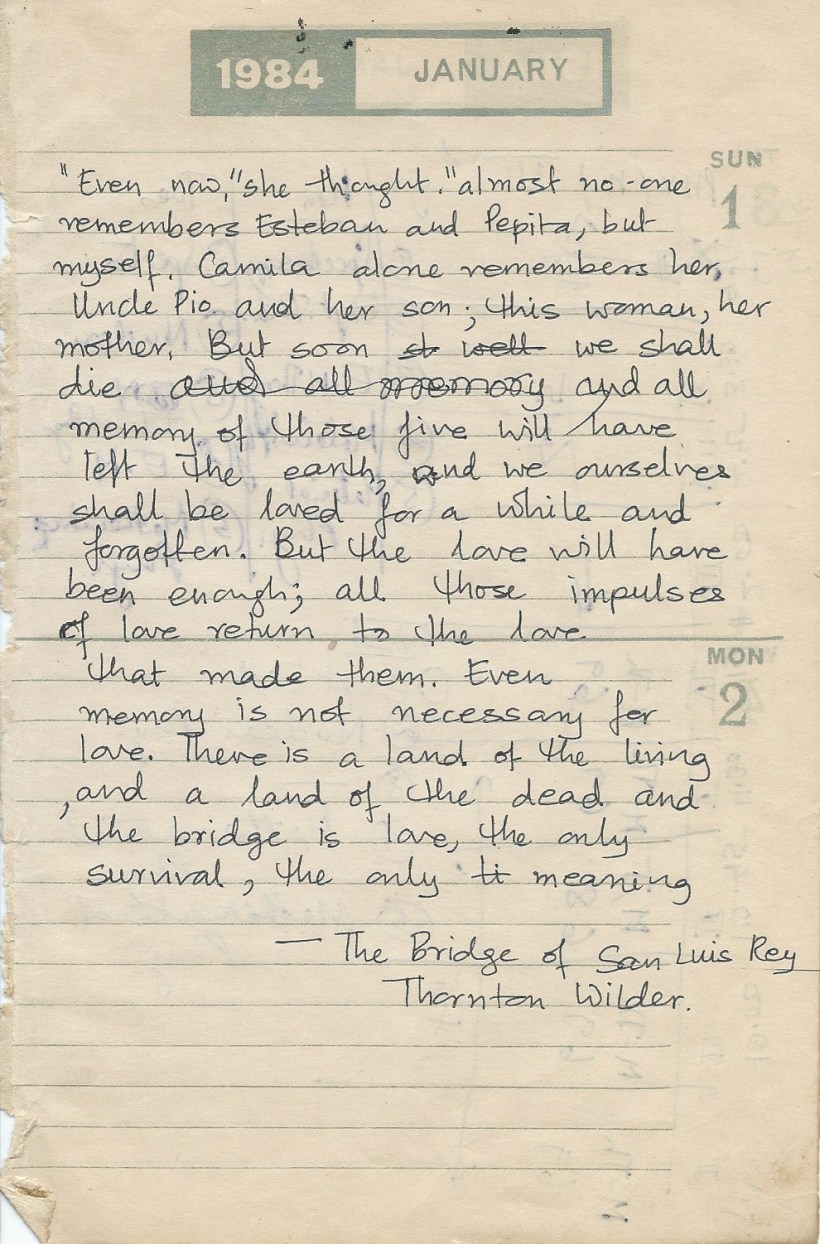 This was the best selling novella by Thornton Wilder, published in 1927 that won the Pulitzer Prize. It recounts a fictional event when an Inca rope bridge collapses between Cusco and Lima, Peru; and takes down five people with it.  A friar who witnesses the tragedy reflects on why these people were there on that day and time on that bridge; and whether their fates were connected in some way, and seeks a cosmic answer to the question of why each had to die in that way at that spot and time.

The same year that I copied this paragraph was the year I took up Buddhism and by strange chance, was asked to design a mural which was then later inaugurated by Her Majesty, Queen Elizabeth.  Four years later, competing against thousands of applicants, I won a scholarship to do my post graduate degree at UK’s prestigious Cambridge University.  This year I was able to go to Peru and see the Inca bridge at Machu Picchu. It wasn’t the same bridge but for me it was the bridge between my young teenage hopes and dreams and where I have got to.

I often think that life is really connected- there are events and things happening that you may think are unconnected but years later, you will see a pattern.  That scrap of paper was my connection, my bridge to the past which inspired me to take an action to visit a place where I thought I’d never go. It is never too late to dream and somehow life will turn out to make that dream come true.